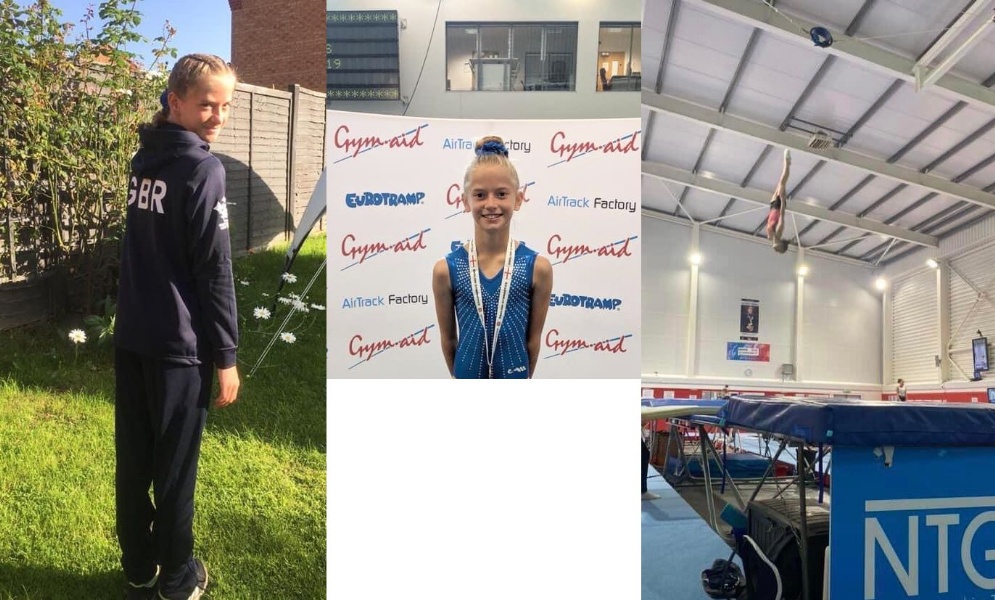 Isobel Scott has been trampolining for 5 years at Northampton Trampolining Gymnastic Academy (NTGA). She and her twin sister Mia has competed at many regional and National events, including at the National Indoor Arena in Birmingham. Both girls train 4-5 times a week at Benham Sports Centre and benefit from excellent facilities and coaching. They regularly meet and train alongside top trampolinists in the country.

Isobel has recently been included in a GB development pathway, which gives her access to coaching from Olympic coaches. At her recent residential camp at the National Sports Centre at Lilleshall, Isobel was coached by an Olympic trampolinist. This pathway places Isobel as one of the top trampolinist in the country.

She recently competed and won a regional event in Nottingham and is now setting her sights on a National competition to qualify for the British championships later in the year.  What a brilliant achievement! We can't wait to see what is next for her!