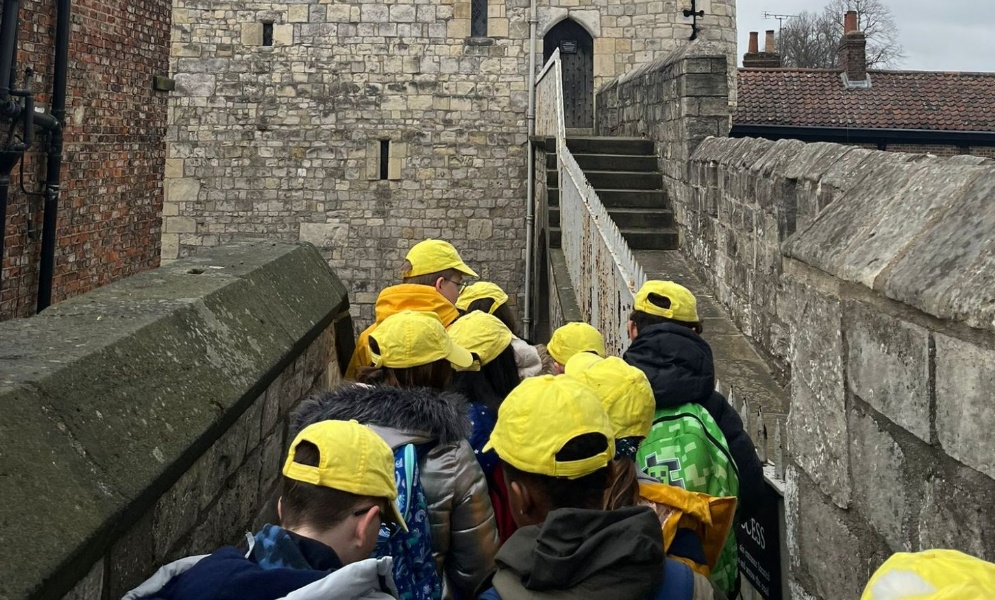 In the last week of Term 4, students in Year 4 went on a residential trip to York. For many of the students, this was their first time away from home. It was a highly successful trip, and all students and staff had a fantastic time, despite the snowstorms on the last day! The children received lots of compliments about their behaviour and how kind, caring and supportive they were of each other.

During Year 4, the students learn all about the Romans and Vikings through their theme of ‘Invade’. By going to York, the students get to experience these periods of time hands-on.

On the first day, they went on a tour of York via the city walls where they learnt all about the defence systems and why a wall was built around York. This gave them a clear visual picture of the geographical differences between Northampton and York.

On day 2, they visited the Jorvik museum where they were taken back in time to learn all about the Vikings. The smells were not pleasant, but the children loved seeing all the Viking artifacts and how they lived. They were also lucky enough to visit the York Chocolate Story. How does this link to Romans and Vikings you ask? Well, it does not. However, in Term 4 the students also learn about the states of matter and by visiting the Chocolate Story, the students were able to see how chocolate transforms through the states from solid to liquid to solid.

On the final day, they spent the day at Murton Park learning how to be a Roman soldier. They were able to wear the uniform, learn about the weapons and practise using them, make oil lamps, learn to write using the Roman alphabet and finally, learn how to make the famous Roman Testudo in preparation for battle! I’d keep an eye out for Year 4 as there are some fierce soldiers amongst them!