At Caroline Chisholm School we are very proud of our Alumni.

Our students go on to achieve in a wide range of fields and often say that the work ethic, social skills and confidence they develop during their time with us has helped them in their careers.

If you recently finished Year 11 or 13 at CCS within the last 5 years, we’d love to hear from you. To become a member of our alumni, please click here.

Below are some academic achievements of our students: 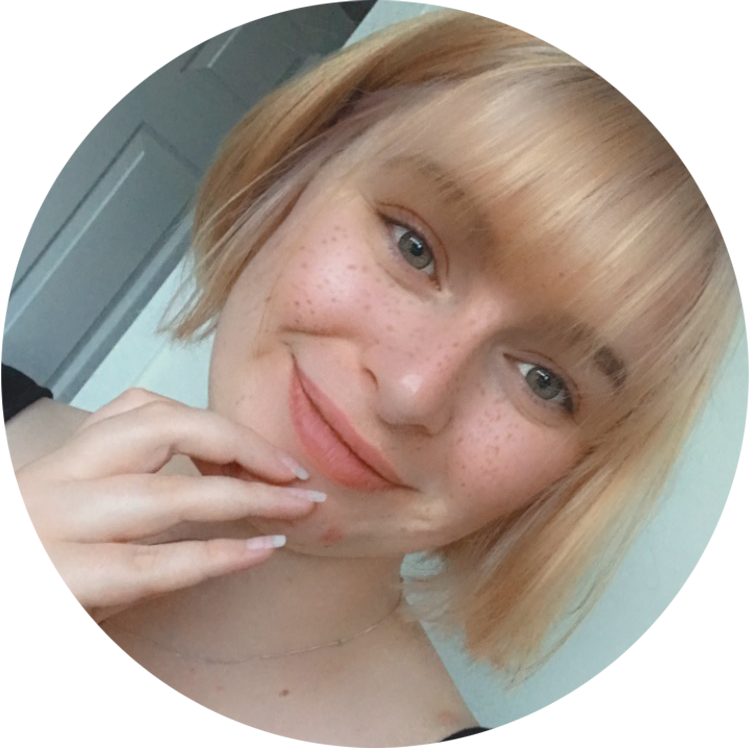 "I came to University expecting to love the experience, that was not the case! I formally dropped out after my second year of an engineering degree. I started working in a bank (and worked during lockdown) next week I will start working for HMRC. I would like to thank my teachers, all of them have had a massive impact on the trajectory in my life. As it turns out, I currently plan on returning to university later in life to complete teacher training to give other kids the support I got from CCS." 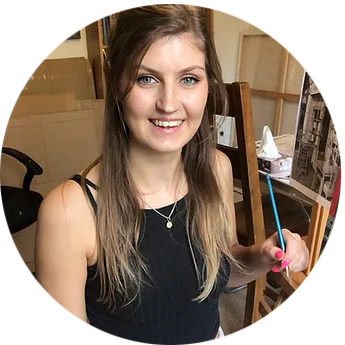 "I recently graduated from the University of Northampton with a First Class degree in Fine Art. On 24th September I hosted my solo exhibition: Paint the Town in Colour. The project celebrates the community of Northamptonshire through use of a diverse colour palette, capturing architectural settings home to both well-known establishments and hidden treasures.  My website is www.sophiesladeart.com"

"Since leaving CCS, I moved to Norwich to study at the University of East Anglia. I'm studying Computer Science and I'm specialising in machine learning and artificial intelligence. I'm currently a second-year student. Additionally to my degree, I attend business and entrepreneurship seminars and workshops. Through this, the books I've read and the knowledge I've gained through my computer science degree I've started developing a piece of software I hope to gain a grant of up and above £50,000."

"I am currently attending a BTEC academic programme with Pro Direct Academy in Daventry. This also includes a full time football training regime and full time games programme in the national college league as well as the Northants Senior Youth League. I am also following up with FA level coaching, mentoring and sports science as part of the extended academics."

"I was inspired by my Law GCSE teacher to take on human rights as a specialism once I started at University, now I am working towards a Master's in Law, specialising in Human Rights."

"I'm studying Biochemistry at Nottingham, and currently achieving a 1st. Also, I'm on an industrial placement at GSK where I'm working with top scientists into research in COVID-19 and looking into a cure for it." 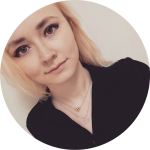 Beth studied at the University of Gloucestershire from 2014-2017 and received a BA Hons in English Literature. From there, she studied for a CIPD 3 qualification in Human Resources.

She now works as a Payroll Administrator for a large recruitment company based in the South West. 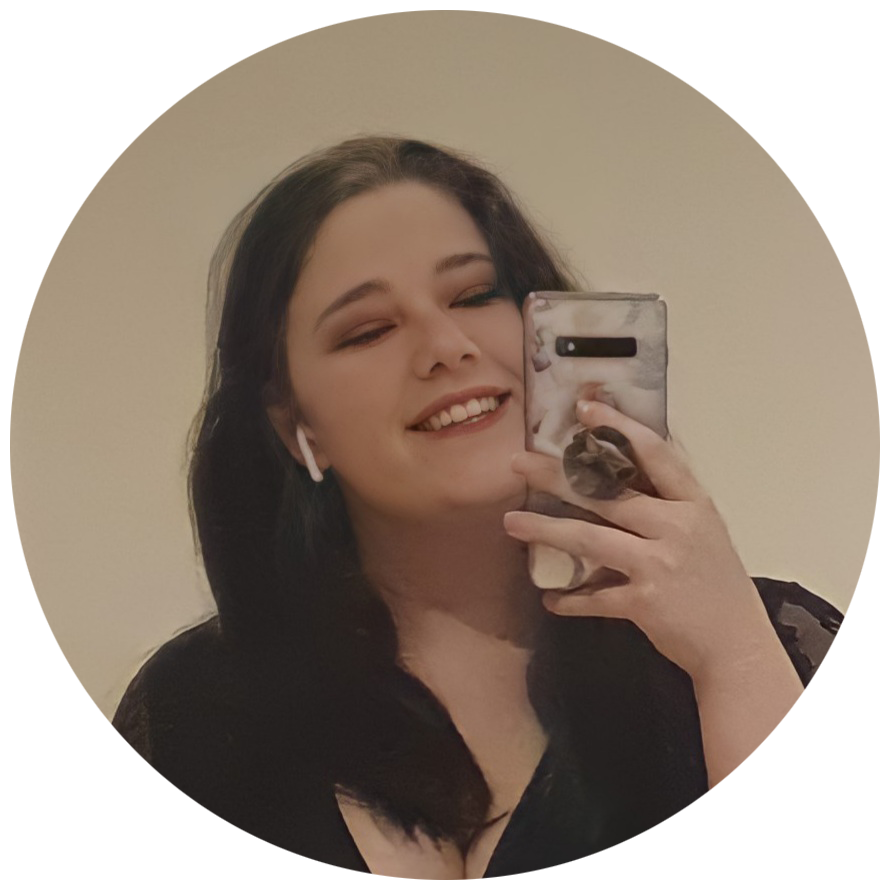 "Carrying my studies forward into university has enabled me to discover an interest in areas of Religion, Philosophy and Ethics that I hadn't encountered before. I'm currently completing a placement where I'm documenting a collection of books donated by the Maidstone society of friends, some of which date back to 1679. This is done with the larger goal of establishing a history of Quakerism in Kent." 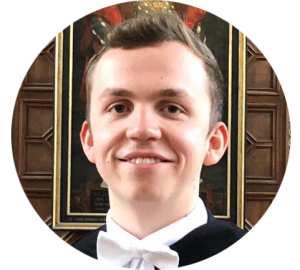 Oliver graduated from the University of Manchester with a First Class degree in Economics.

He has also received an MPhil (Distinction) from the University of Cambridge. Oliver now works as a competition economist in London.

Since leaving CCS, Ruby she has since gone on to study Chemical Engineering MEng at the University of Bradford.

She is currently on a placement year at Airbus in Portsmouth. 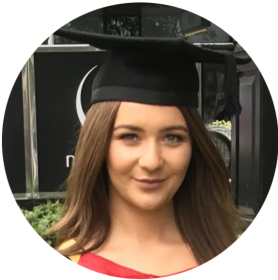 Annabelle studied at Newcastle University and graduated with a First Class Honours in Advertising.

She currently works for the British Heart Foundation as Central Operations Administrator. 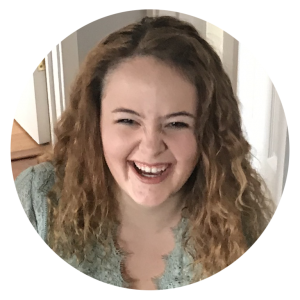 Emily is in her final semester of undergraduate studies in Classical Civilisations and Philosophy, and is on track for a first. Her plan is to continue her studies by completing a Masters in Philosophy.

Emily has added, “I cannot thank my teachers at CCS enough for the support and kindness they offered me throughout my studies- specifically the Humanities and English department who really encouraged my to pursue my passions instead of a course I was not interested in but felt obliged to do.”

"I would just like to thank CCS for really nurturing and inspiring me. Five years on, at 23, I am one of the youngest elected politicians in the country for my local area in London. My teachers for Law, History, English Literature and Politics really fostered my potential and gave me skills I use on a daily basis.

I graduated in 2016 from Queen Mary University of London and now work in a National Charity coordinating wealthy donors with deserving projects. I am incredibly grateful I moved to CCS for sixth form." 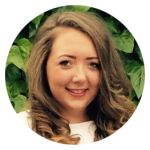 Cloe graduated from the University of Portsmouth in 2015 with a 2:1 in BA(Hons) Finance and Business.

She now works a Supplier Manager for a software company in Milton Keynes. 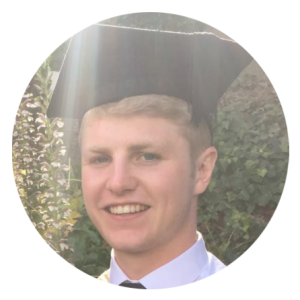 He was also accepted onto a MSc in Molecular Medicine at Sheffield in September 2017. 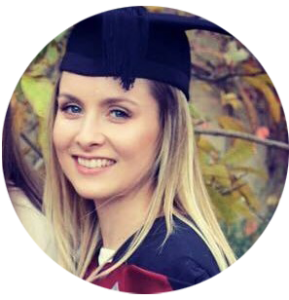 She now works as a Registered Nurse at Sheffield Childrens Hospital on the Intensive Care Unit. 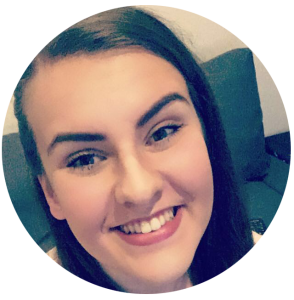 Nicola left CCS in 2013 and went to study a degree in Biomedical Science at Kingston University, graduating with a 2:1.

After graduating she worked as a Clinical Trial Administrator at St Stephens Clinical research specialising in clinical trials in HIV/AIDS and infectious diseases.

Matt graduated from Portsmouth University with a 2:1 in Criminology combined with Psychology.

He also completed another course whilst doing his degree which gave him an additional qualification of accredited counter fraud specialist.

He is currently working in the fraud department at Barclaycard. 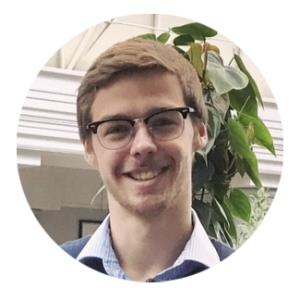 I decided not to go to University and to instead go straight into work. Within three months of working for John Lewis, I was promoted to the position of Data Analyst.

I was one of the youngest Partners in the business to be promoted to this level of management at the age of just 20.